There Were Kings in Bosnia 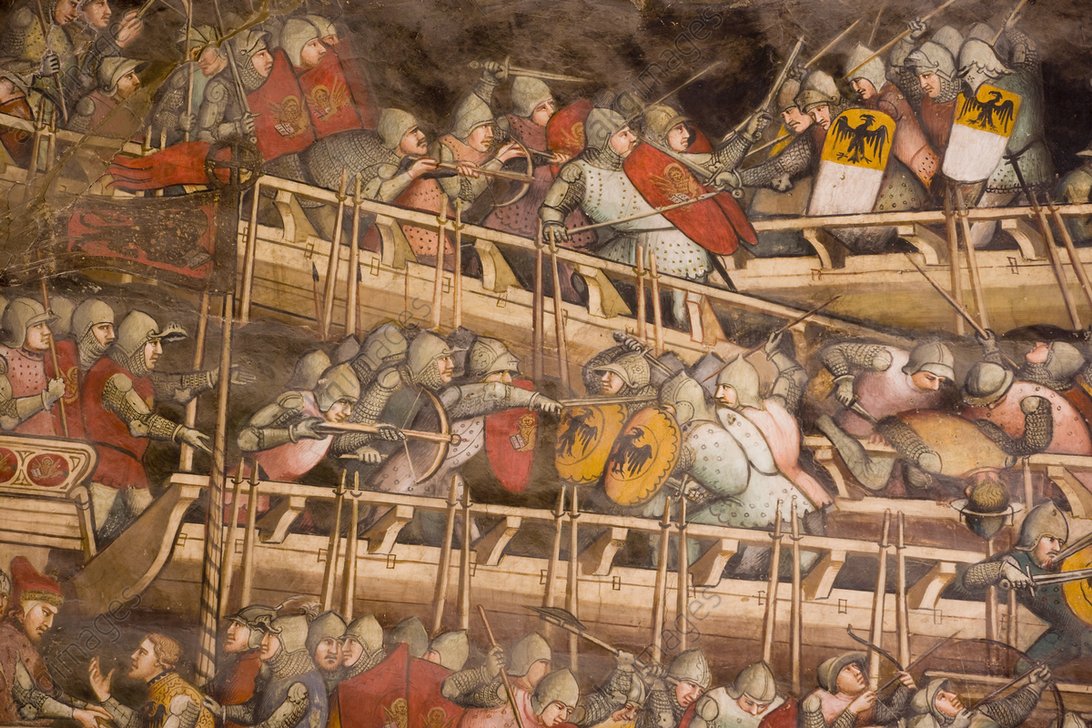 There Were Kings in Bosnia

Throughout Europe the Middle Ages are synonymous with kings and courts and conquest.  Every king in the medieval history of Great Britain was proven on the battlefield. Charlemagne rode over huge swathes of continental Europe and added it to his empire – including parts of modern-day Croatia and Bosnia.  Frederick I Barbarossa fought through no less than three Crusades and a few side-battles.

But it took more than just battlefield skills to become the first King of Bosnia.  The Bosnian Bans had to employ diplomatic skills unparalleled in nearly any other place or time in addition to their abilities on the battlefield.  Caught between the Hungarian Empire, the Byzantines, and then the Ottomans – with the Franks and the Holy Roman Empire in the wings – the Banate of Bosnia had to balance diplomatic approaches, sharp observational skills, and battlefield excellence to keep their independence and turn it into a Bosnian Kingdom.

It is probably safe to say that when Tvrtko first followed his uncle Stjepan II Kotromanić as Ban of Bosnia in 1353 he didn’t have any of these skills.  Rare is the 15-year-old who can convince their elders of national policy or lead armies to stunning victory.  Luckily Tvrtko’s father, Vladislav, was able to act as regent for the first year of his reign.  Upon Vladislav’s death in 1354, Tvrtko’s reign was passed to another regent, one that would set a precedent for the future of his rule.  The new regent for Tvrtko’s reign as Ban was his mother – Jelena.  And it was she who instilled in her son a very un-medieval appreciation for strong and capable women.

Jelena was from a powerful noble family herself, the Croatian Šubić family.  Confident and capable, the year after Tvrtko inherited the title of Ban from his uncle, Jelena took it upon herself to head to the Hungarian court to get the blessing of King Louis I on Tvrtko’s reign.  Although Bosnia was far enough out of the way and difficult enough to reach that it’s overlords tended to have a problem directly administrating it, that wasn’t a sign that the Hungarians were content to just let the Bosnians go their own way.  No, King Louis wanted to exert himself and the opportunity a boy-Ban presented was just too good to let pass. He did give Tvrtko’s Banate his blessing, but he reserved judgment on tribute for the time being.

It helped that Louis had married Tvrtko’s cousin, and the daughter of the former Ban, Elizabeth of Bosnia.  Elizabeth was the same age a Tvrtko, and would eventually be every bit as formidable as her Aunt Jelena. Best of all, as the daughter of Stjepan, she gave Hungary more than ample excuse for any demands Louis could dream up.

Jelena hastened back to Mile, near modern Visoko, and called a stanak– a meeting of the Bosnian nobility.  It was a fait accompli – with Louis’s blessing, the nobles proclaimed Tvrtko ban of “all of Bosnia, Donji Kraji, Zagorje, and the Hum land“.

Louis was looking for opportunity, however, and in the next several years he encouraged the Bosnian nobles to disregard Tvrtko as much as possible, causing several small uprisings that the Bosnian court needed to deal with.  By 1357, when Tvrtko declared his majority and began to rule on his own, Louis was ready to act.  He demanded Tvrtko appear before him and imposed huge tribute requirements, chief among them handing over large swathes of land within Bosnia that Louis claimed was Elizabeth’s dowry.

Louis also wanted to keep Tvrtko on the defense, and so demanded that he accept a co-ruling situation with his brother, Vuk.  Further, one brother was to be present at the Hungarian court at all times in a pseudo-hostage situation to enforce good behavior.

And finally, the very Catholic and very religious Louis demanded that Tvrtko agree to suppress the “heretical” Bosnian Catholic church.

It was a lot for 20-year-old Tvrtko to try to juggle, and while he handed over the territory, he dealt with the demands to suppress the Bosnian Church in a very typically Bosnian way and in the same manner that Ban Kulin had approached the same demands two hundred years earlier.  He agreed.  And then he ignored his agreement.  The Bosnian Church was allowed to continue on as it always had – and with quite a lot of power.  The church even had a renowned university in the village of Moštre.

Louis continued building his case, and in 1363 he initiated a crusade against Bosnia in order to drive out the heretical Bosnian Catholic Church.  If it weren’t for the impregnable castle fortress at Srebrenik, he might have managed to take the whole thing, too.  But it was at Srebrenik that he was stopped.

Tvrtko may have stopped the Hungarian Crusade/Invasion, but it was at great cost.  He was unable to control his Banate and merchants from Ragusa complained over and over again about the lawlessness throughout the countryside.  His nobles were restive, and they had options that weren’t the seemingly weak boy-king Tvrtko.  They had his brother – Vuk.  In 1365 the nobles of Bosnia kicked out Tvrtko and installed Vuk on the chair of the Banate.  Tvrtko had to run.

And run he did, back to the Hungarian court of his cousin Elizabeth.

Nothing remains that tells us what Elizabeth thought of her cousin Tvrtko.  She was married to the most powerful man in the region, Louis of Hungary, but he was ten years older than she and his mother outshone and controlled her in the Hungarian court.  She was also thought to be barren – although her young age at marriage may have had something to do with her inability to bear living children for the first seventeen years of their marriage.  Such activity is decidedly not healthy or optimum for the body of a fourteen-year-old girl.

Nor do we know much about Tvrtko’s person.  He might have been handsome, but he might not have been.  Nothing was said about any personal charisma at this stage of his reign, either.  Elizabeth may have loved him, but she also may have been completely dismissive.  Tvrtko presented yet another golden opportunity for Louis I to meddle in Bosnian politics, however.  And Louis took every chance to meddle he could get.

Although he had been a significant architect in the demise of Tvrtko’s first reign, Louis saw a chance to keep the anarchic conditions of Bosnia raging and now switched his support back to Tvrtko, giving him weapons and men to retake his country, which Tvrtko promptly did.  By 1374 he not only had full control of Bosnia again, he had reconciled with his usurping brother Vuk.

And within just a few years, his mother Jelena and King Louis I of Hungary had worked together to arrange Tvrtko’s marriage to one of Louis and Elizabeth’s wards – Dorotea of Bulgaria.

Dorotea was young, but she proved to have quite a bit of the formidable presence of her mother-in-law Jelena, and when Tvrtko managed to play the Hungarian Empire and the Venetians against each other so skillfully that he was able to declare Bosnia a completely independent nation in 1377, Dorotea was often consulted in state matters and included on charters.

Bringing his restive nation into peace and gaining independence might be goals enough for most kings, but Tvrtko wasn’t finished.  He saw the dissolution of neighboring Serbia due to weak governance and began to conquer bits and pieces of it.  He wasn’t afraid to fight, but he was able to lean heavily on his Nemanjić ancestry in order to prove a legitimate claim.  To further advertise his royal connection, upon his 1377 coronation he began a Bosnian royal tradition of using the name of the last Serbian Despot “Stefan” along with his royal title, becoming King Stefan Tvrtko I. The Orthodox Church was not thrilled with a Catholic ruler of Serbia, but although they publicly denied his claim, they did little to fight it.

Tvrtko was still not done, even though he had achieved more than most kings.  He would become the first Bosnian ruler to have to face the Ottomans.  But he would also become the first Bosnian ruler to defeat the Ottomans in the 1388 Battle of Bilića.  He should not have had to face the Ottomans, as there were large areas of Serbia between the approaching armies and Bosnia, but Grand Prince George II of Zeta’s jealousy at Tvrtko’s nearly bloodless accession to several Serbian provinces led him to offering a safe-conduct for the Ottoman army to advance through his lands in exchange for the promise of of Bosnia after Tvrtko was defeated.

It’s too bad for George that Tvrtko managed to win.

Sometime before 1390, Dorotea died.  She was most likely the mother of the boy who would become Tvrtko II, but even that can’t be proved.  Her death is only in the record because in 1390 Tvrtko was negotiating with the Habsburg family for another marriage.  If he hadn’t died in 1391 before a marriage could take place, the entire history of Bosnia might have been changed and the Habsburg age may have begun 400 years earlier.

Bosnia under Tvrtko I expanded greatly.  It was able to gain independence.  It’s mines were producing prodigious amounts of gold, silver, and lead, which made Tvrtko one of the richest kings in Europe.  The Bosnian gold coin was nearly four times the size of the Ottoman one.

Tvrtko did this all with remarkably little warfare, although it must be said that he was also the first Bosnian ruler to counter-attach the neighboring countries rather than just responding to their aggression.

Stefan Tvrtko I was buried in the Church of St Nicholas, where he had been crowned.  He left behind a legacy of a politically astute diplomat-warrior.  He was a Balkan renaissance prince.