Neither Greece, Nor Bulgaria, Nor Serbia 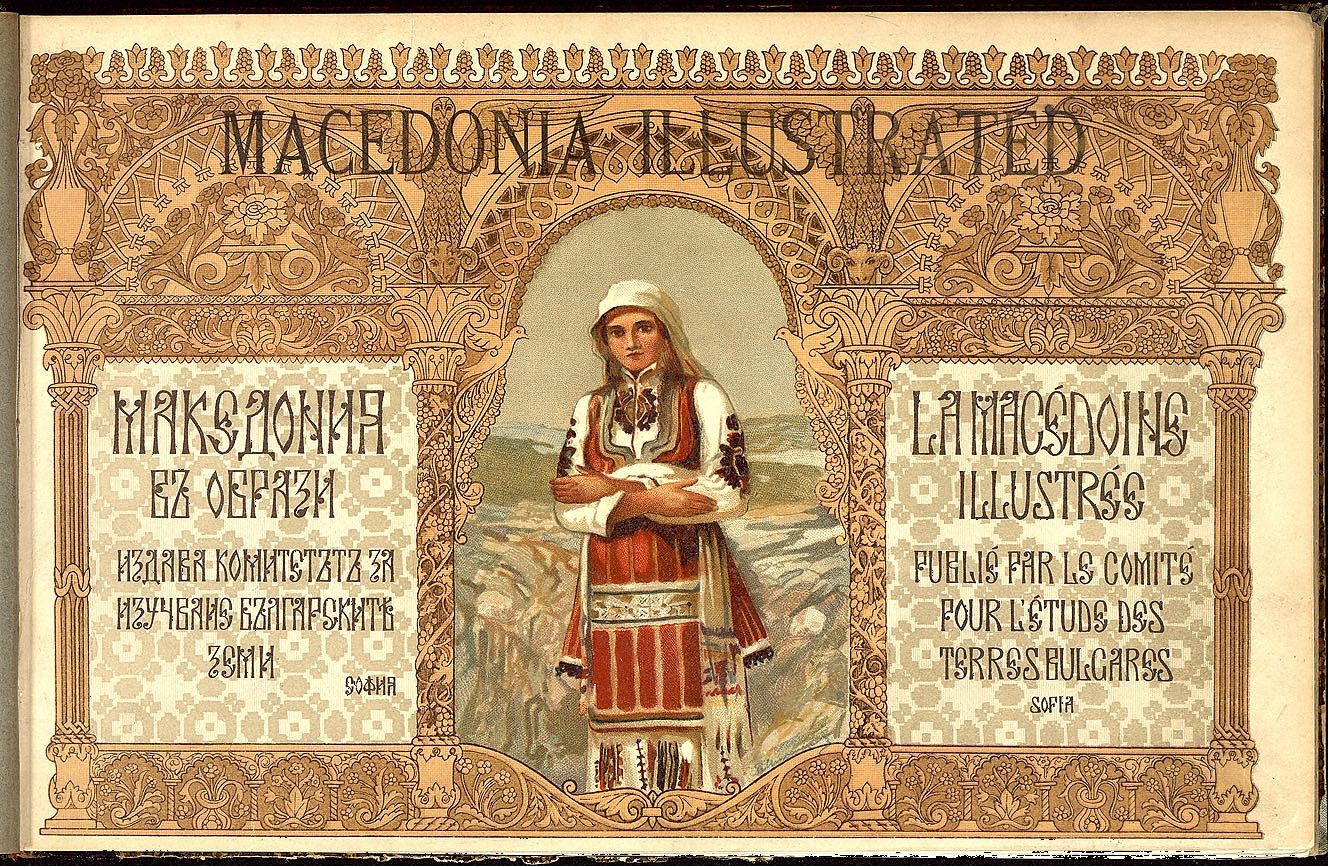 Neither Greece, Nor Bulgaria, Nor Serbia

In August 1963, one month after an earthquake decimated the capital of Skopje, an open topped car zipped around the Socialist Republic of Macedonia carrying two powerful men who were dancing around a renewed relationship.

The relationship didn’t flourish, but it was telling that Tito had chosen to show the Soviet Premier a city that had been decimated by an earthquake which claimed over 1070 dead less than a month previously.  Macedonians were not sitting back and waiting for the world to get better for them.  With an outpouring of foreign help, the Yugoslav republic was getting back to the best normal they could manage. It is one of the things Macedonians are known for – a stubborn insistence on getting things (they want) done.

Another thing they are known for is best summed up in an anecdotal quote:

Although it’s probably worth mentioning that such amounts of targeted anger are more of a Balkan thing than a specifically Macedonian thing.

Then there is the Ajvar – a well known comfort food throughout the Balkans, but Macedonians are considered to have perfected the spicy pepper paste, slow roasted for hours and filling the house with a signature scent.

And finally, Macedonia is known for arguing with Greece over being Macedonia.  From random disagreements during the Yugoslav era to full out diplomatic war beginning in 1991, Greece’s campaign to force the Republic of Macedonia to become The Former Yugoslav Republic of Macedonia (FYROM), and now Northern Macedonia has played out across world headlines like a playground bully kicking down a kindergartener’s sand castle.  As late as 2009, former ambassador Lawrence Eagleburger was describing Greece’s campaign thus:

Greece claims that Macedon or Macedonia, as well as Alexander of Macedonia

are its own. This is a false claim and it is time someone confirms this.

In the end, Greece won.  Holding entrance into the European Union as the carrot, not only was FYROM required to change its name to Northern Macedonia, it was also forced to change its flag – the Vergina Sun being seen as too Greek, to change the name of the airport from Alexander the Great Airport to the far less aspirational Skopje International Airport, and even to place placards on statues of Alexander the Great stating that he was a GREEK leader, and not from what is now known as Northern Macedonia.

The level of pettiness in the argument might seem surprising to some, but not to anyone who remembers that, despite its protests, Greece itself is also a Balkan state. In any case, what is now Northern Macedonia is really only officially Northern Macedonia.  Most people, Macedonian or otherwise, still just say Macedonia.

Nor is its fraught relationship with Greece the only spark point in Macedonia.  Far less known, but just as emotionally touchy are claims by Bulgaria that Northern Macedonia is actually Bulgarian.   There is more to this claim than, say, the claim of Idi Amin to the throne of Scotland.  Northern Macedonia was a part of the ninth century Bulgarian Empire, and that is when the area converted to Christianity, under the reign of the Bulgarian Tsar Boris I.  Macedonia’s city of Ohrid was even one of the cultural centers fo the first Bulgarian Empire, and heavily involved in spreading the Cyrillic script.

It really wasn’t Bulgarian for too long, however, and from 1014 until the Ottoman Empire conquered the entire Balkans in the late 1400s, Northern Macedonia went back and forth between various empires as though being spiked like a volleyball.  The Bulgarians, then the Byzantines, back to the Bulgarians, and even the Serbs got into the action and made the area a part of their Serbian Empire of the 1400s, insisting that they were the liberators of their Slavic kin.

Things finally calmed down when the Ottoman Empire took over and Macedonia became a part of their administrative Eyalet of Rumelia for nearly 600 years until the Balkan Wars in 1912.  However, the Ottomans didn’t do the ethnic make-up of Macedonia any favors, with Turkish ethnographers deciding that the Slavic-speakers in the area were definitely Bulgarian and further extending the arguments over Macedonian ethnic identity.

The Balkan Wars of 1912 and 1913 had significant fighting in Macedonia, with the cherry-on-top being the showdown between Crown Prince Alexander, leader of the Serbian troops, and a seven-year-old girl named Vaska Zoicheva. Vaska, lined up along the road with the welcoming Macedonians after Skopje was freed from the Ottomans, created a pretty tableau.  Pretty enough that Prince Alexander stopped and, with many witnesses, asked her triumphantly what she was.

Prince Alexander responded by slapping her.

Macedonia again went back-and-forth – Serbian until 1915, then Bulgarian again, and in 1918 a part of what would become the Kingdom of Yugoslavia (led by the child-slapping, and hopefully more circumspect, now-King Alexander).  Abruptly, Macedonians were no longer considered the other-Bulgarians, now they were Serbian.  All Bulgarian, Greek, and Romanian schools were closed, the name Macedonia was outlawed, and Bulgarian priests were expelled in a process of Serbianization that so incensed the Macedonians who did consider themselves Bulgarian that they revived the revolutionary group IMRO.

IMRO was not shy – they used assassination as a solution to every problem.  Notably in 1923 after the Bulgarian Prime Minister Aleksander Stambuliyski signed a treaty with Serbia, he was not only murdered in revenge, but had his right hand cut off for signing the treaty and his severed head sent to Sofia in a biscuit box.

In the end, IMRO had the final laugh and revenge for the treatment of poor little Vaska Zoicheva – they managed to assassinate King Alexander I of Serbia himself while he was on a state trip to France.  They were not bothered by the collateral damage of the death of Louis Barthou.

Post World War II the name Macedonia came back – and The Socialist Republic of Macedonia was born.  But the ethnicity question remained, and began to create tension between what was now Yugoslavia and Bulgaria (in addition to the irritations with Greece), which only became sharper once Tito and Stalin split over differences on whether Tito should be assassinated or not. These tensions culminated in a completely audacious study conducted by the Bulgarian ambassador to Yugoslavia on whether there were conditions for a separate Macedonian Socialist Republic under Bulgarian guidance.  The study concluded there was not, but the fact that they dared to conduct it without artifice while the Yugoslav authorities watched left no doubt as to what their actual beliefs were.

On 8 September 1991, The Socialist Republic of Macedonia voted to leave Yugoslavia and Bulgaria was the first country to recognize their independence.  Greece was not so quick, and demands began to fly between the two nations, with nothing less than UN recognition at stake.  In the meantime, the Kosovo War broke out and 340,000 Kosovar Albanians flowed across the border and increased tensions between the Christian and Muslim Macedonians.

Assassinations did not disappear with King Alexander – in 1995 an attempt was made on the first Macedonian President, Kiro Gligorov.  A car bomb killed his driver and blinded President Gligorov in one eye, but he pulled through and died of natural causes in 2012.

Despite its familiarity with terrorist groups and assassinations, Northern Macedonia was the only former Yugoslav republics that managed to extricate itself from the break-up completely peacefully, and perhaps that can be partially explained by its most famous citizen – Mother Teresa of Calcutta, whose house is still standing.  But in reality, the area didn’t have the violence of most other Balkan areas at any time in its history.  The very fact that it has negotiated so many issues with Greece completely peacefully illustrates just how patient the Macedonians, and they are still referred to as Macedonians, can be when they have to do so.