The Balkan Ruler of the Ottomans

HomeBosnia and HerzegovinaThe Balkan Ruler of the Ottomans
Let's Start 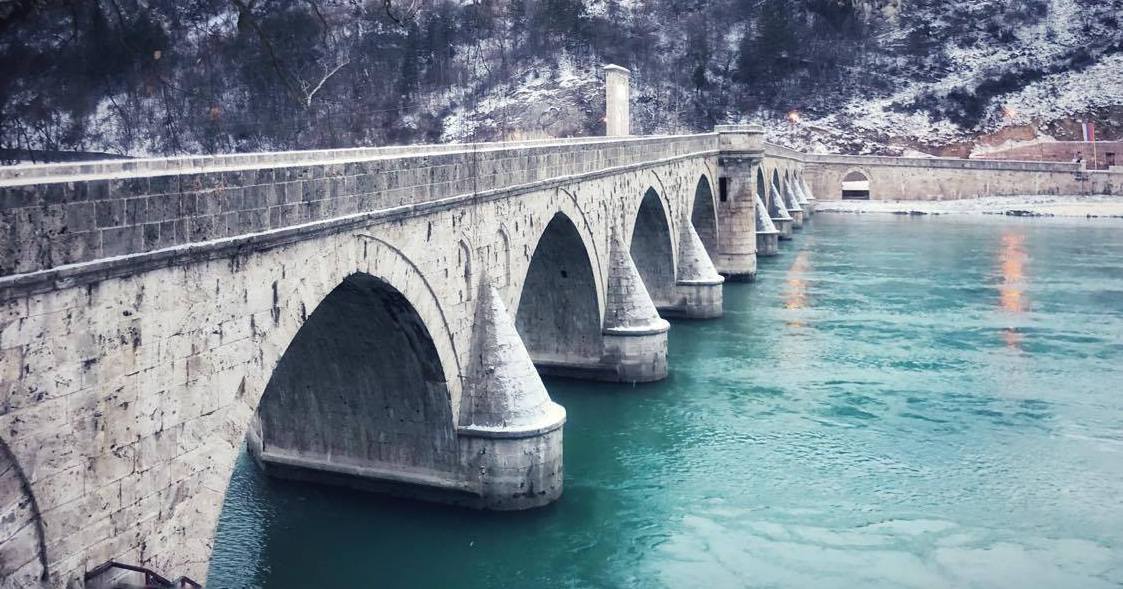 The Balkan Ruler of the Ottomans

On 6 August 1566, Sultan Suleiman the Magnificent died in bed while the Battle of Szigetvar raged around him.  The Commander of the Ottoman Army, Grand Vizier Sokollu Mehmed Pasha, immediately executed every witness to his death and had the word put about that Suleiman was merely ill and recuperating.  He proclaimed Ottoman victory in the battle, but declined to advance further.

Although he had attempted to quell the knowledge of the death of Suleiman from getting out, word still reached Shehzade Selim.  Sokollu’s notification to him reached quickly – and he advised Selim to take command of the army in Belgrade without delay.

Sokollu Pasha didn’t formally announce the death of the Sultan until forty-eight days after his death, and there were whisperings in the court that he had taken upon himself too much power.  The court eagerly awaited the spectacle of the usual way a Grand Vizier was removed from office – death.

But Selim II did not execute his inherited Grand Vizier.  In fact, he reaffirmed Sokollu Pasha’s office and proceeded to let the man who had also served his father amass unprecedented power and rule in his name.  Selim much preferred a life of luxury to a life of work, and he trusted Sokollu Pasha fully.

Since the rule of Mehmed II in the 1400s, the Ottomans had a law of fratricide on their books.  This stated that whichever son succeeded in seizing the throne on the death of the old sultan was not merely permitted, but required, to murder all brothers and “inconvenient” male relatives.  Selim’s situation was unique, in that his brothers had all been executed or otherwise died before their father.  But he still had very powerful relatives who could have dissolved the expanding Ottoman empire into chaos, and the quick actions of Sokollu Pasha were the only thing that allowed him to come to the throne with the army intact.  It was from that moment that it became obvious to nearly everyone that Sokollu Pasha was going to be one of the greatest Grand Viziers in Ottoman history.  They were only slightly wrong – Sokollu Pasha was not only the greatest Grand Vizier, but his rise and rule were the golden heights of the Ottoman Empire, and his death is the moment from which its gradual fall is measured.

No one would have guessed at his glorious future in 1506, when a baby was born to a Serbian Orthodox family living near the Bosnian town of Višegrad.  His birth name was Bajo Sokolović, his last name deriving from his family’s village, and there is some dispute as to whether his family were merely peasants or more powerful townsmen.  In either case, he certainly did not seem destined to be the defining person of the heights of Ottoman power and expansion.

In 1516 the Janissaries of the Devshirme came through to collect children to take to Istanbul to train for the Sultan’s special military unit and civil service.  There is again some disagreement in the sources: some sources claim that the young Bajo was chosen in the normal way, while others claim that he was specifically sought out when the Janissaries heard of his charisma and intelligence from the village priest.

His family did not see his inclusion in the Devshirme as any sort of blessing.  For them it was a tragedy of the highest order, and his uncle even sought out the Janissary officers in an attempt to bribe Bajo’s way out with gold.  The Janissary officer refused to accept the trade, and Bajo was sent on his way to Istanbul, where he was converted to Islam and given the new name of Mehmed, along with the name Sokollu – a Turkish version of the name Sokolović.

The next twenty-five years Sokollu spent training and getting noticed.  He was sent to Baghdad to grow up with a Turkish family, fully immersed in Turkish and Muslim culture.  He was trained as a Janissary, and in the Enderun palace school.  He learned military tactics, mathematics, social skills, history, philosophy, and an additional five languages in addition to his native Serbian.

He made a big impression, and in 1541 Suleiman the Magnificent promoted him to the office of Imperial Chamberlain and head of the Sultan’s Squires.  Nor did Sokollu excel only at palace intrigue and diplomacy.  His battle acumen was greatly praised in both the Battle of Mohacs and the first Siege of Vienna.  His military skills made such an impression on Sultan Suleiman that in 1546 Sokollu was promoted to Grand Admiral of the Navy.  After only five years in that role, during which he greatly expanded the Ottoman arsenal, Sokollu was again promoted – this time to governor of Rumelia, in what is now the Balkans.  He again excelled to such an extent that he was promoted within four years – this time called back to Istanbul to serve as the Third Vizier.

Sokollu wasted no time in his new appointment, with his first action being to put down a rebellion in Salonica by a man claiming to be Suleiman’s dead son Mustafa.  The pretender was hanged.  Then, in 1559 Sokollu was trusted to put down the rebellion of the Shahazade Bayezid.  Rebellions by the brothers and sons of Sultans were serious things – they had been known to topple empires.  In this case, Bayezid ran for safety in Persia.  Sokollu proved that he was a gifted diplomat as well as a military leader when he successfully negotiated for Bayezid’s return.  There was no outcome but death for Bayezid as soon as he rebelled, but Sokollu managed to convince him to return.

In 1561 Sokollu was promoted again, to Second Vizier.  The Sultan honored him even more by giving him his granddaughter, Ismihan, as a wife in 1562.  At this time Janissaries were forbidden from marriage on pain of death; but Sokollu was special.  Not only was he given an exemption to the laws against Janissary marriage, but he was given the Sultan’s granddaughter to marry.

Finally, in June of 1565, the man who had been born to a rural Orthodox family in the hinterlands of the Balkans was promoted to the highest office under the Sultan in the Ottoman Empire.  Sokollu became Grand Vizier Sokollu Mehmed Pasha.  Two years later he commanded the Ottoman Army against the Holy League and presided over the transfer of power to Selim II; Sokollu had become the most powerful man in the Ottoman Empire.

As Grand Vizier, Sokollu lifted the Ottomans to even greater heights.  He led an invasion of Sumatra, he put down a rebellion in Yemen, he negotiated a treaty with The Holy League that required them to pay a hefty annual tribute to the Sultan.  He conquered Arabia, Cyprus, and annexed Tunis.  His navy was defeated by the Holy League at the Battle of Lepanto, but he used the opportunity to rebuild in record time, and taunted the European rulers by saying,

By conquering Cyprus we have cut off one of your arms; at Lepanto by defeating

Our navy you have only shaved off our beard. However, you know that a cut-off

Sokollu even started the building of the Suez Canal in Egypt.

Although he had been removed from his birth family and lived a life unimaginable to them, the former Bajo Sokolović used the occasion of his posting to Rumelia to find his parents.  His mother immediately recognized him by a mole on his face, and from that moment on Sokollu used his position to help advance his Orthodox Serbian family.

One nephew, who converted to Islam and took the name Sokollu Mustafa, became the viceroy of the Eyelet of Bosnia.  As Third Vizier, Sokollu issued an edict that restored the Serbian Orthodox Patriarchate of Peć and installed his brother Makarije as the Bishop.  At the same time, he issued another edict guaranteeing religious freedom to all in the Ottoman Empire.  Later, after his brother’s death, Mehmed Pasha made sure that the Patriarchate passed to his nephews.

As if these accomplishments were not enough, Grand Vizier Sokollu Mehmed Pasha used his vast wealth to build huge projects in places he touched.  He built the Sinan Mosque complex, whose tile work is renowned as the most beautiful ever produced by the artisans of Isnik.  He also included three tiny fragments of the Kabaa in the mosque.

He built the Black Mosque in Sofia, the Vizier’s Bridge in Podgorica, the Goat’s Bridge in Sarajevo, a castle and a road between Sarajevo and Višegrad, and his most world-famous project – the Mehmed Paša Sokolović bridge in Višegrad.  The bridge which was immortalized for the world in Ivo Andrić’s novel Bridge Over the River Drina.

Not everyone was impressed with Mehmed Pasha, though.  Sultan Selim died in 1574, and his son Murad III was not happy with the amount of power Mehmed Pasha had accumulated.  Gradually, his allies were removed from power in various ways – some dying in suspicious circumstances and others being executed.  Sokollu was being pushed out, and Grand Viziers never retired.  There was only one way out of that office.

On 11 October 1579, a petitioner attacked Sokollu during his audience.  The assassin was immediately killed by guards, but it was too late.  Although word was given that the man was a crazed dervish, most Ottoman people believed that the killing was orchestrated by Murad III’s wife, because Sokollu was too popular for him to be gotten rid of any other way.

Turkish historians are unanimous in seeing Sokollu Mehmed Pasha not only as the greatest and most powerful Grand Vizier in Ottoman history, but also in considering his death at the end of the rise of the Ottoman Empire.  It is probably no wonder that Murad III, raised with iron belief in the Law of Fratricide, was uneasy having so much power rest in a man other than the Sultan – powerful men are dangerous men, and Sokollu had placed two Sultans upon their thrones.  Murad II was under no illusions that such a man could not remove a Sultan as well.

After all, for nearly fourteen years the true power that had ruled the Ottoman Empire was not the royal Osman blood, but a convert from Orthodoxy who had come from the rural edges of the empire.  Such uncomfortable truths do best when they are hidden away.