The Abandoned Fort That Did Not Stop a War 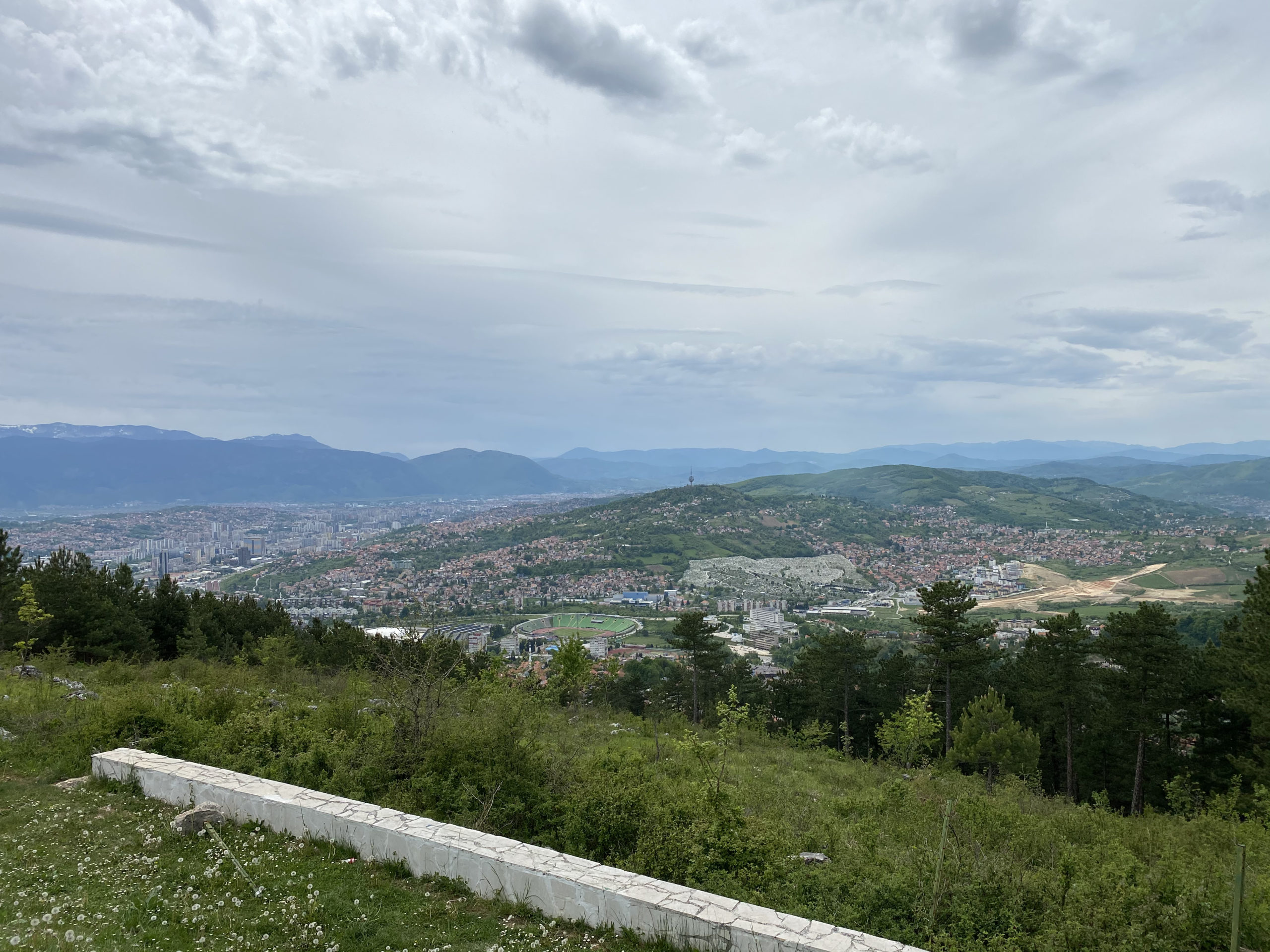 The Abandoned Fort That Did Not Stop a War

Modern history books don’t necessarily print bald-faced lies, but they create mistaken impressions with tricks, and by leaving out certain facts. For instance, the greatest trick the Austrians ever played is convincing the world that Mozart was Austrian and Hitler was German.

Most were taught that the Austro-Hungarian Empire was an ancient country, established through a series of hard won victories over small, but more powerful states. The Hapsburgs led the country with an iron fist in a velvet glove, moving from victory to victory until being destroyed in the chaos of the the Great War. The truth is that the Dual Monarchy of Austria-Hungary was created out of a disastrous Austrian military defeat in 1866 in the Austro-Prussian War. The war was over leadership of the German League – whether the German people would be led by the relatively progressive, modern, libertine, but declining Austrians, or the militaristic Prussians.

The Austro-Prussian War was partially instigated by French Emperor Napoleon III, who hoped such a conflict would weaken the traditional enemies on his Western flank. Napoleon III would be the first President of France, as well as its last monarch. His mistake in strengthening the Prussians would lead to his nation’s defeat at the hands of the armies of German (formerly Prussian) Chancellor Otto Von Bismarck in 1870, and his death in exile in 1873.

The Compromise of 1867 was necessary to stabilize Austria, and the creation of the dual monarchy was done solely to keep Hungary from seceding. The compromise was clunky and kludgy, with administrative units of “Hungary” and “the Other Imperial Half,” bedeviled on all sides by enemies, guaranteeing the country would eventually collapse.  Austrian Emperor and Hungarian King Franz Joseph was determined to save what he could, and expand politically where it was feasible. He had been defeated by new military tactics and technologies; he would not allow that to happen again.

In summer 1878, the Congress of Berlin, led by Franz Joseph’s former adversary in the Austro-Prussian War which created Austria-Hungary, Chancellor Otto Von Bismarck, allowed Austria-Hungary to occupy Bosnia and Herzegovina (B&H). The military campaign was one-sided with professional Austrian-Hungarian troops facing demoralized and outgunned Ottomans and local militias. Fighting was ferocious, but localized, with Bosnian Muslims afraid of losing the privileged position they had enjoyed under the Ottomans. However, after winning on the battlefield, the Austrian-Hungarian administration went about winning hearts and minds as well, and set up an efficient pluralist, multi-religious administration.  In a way, the new administration codified a prior attempt by the Ottomans to create a multi-religious Bosnian nationality to tamp down nascent ethnic nationalism. Bosnia would be nationally patriotic, under the protection and with loyalty to, the Habsburg state.

Under the treaty, the defeated Ottomans would ostensibly control B&H, but Austria-Hungary would occupy it with troops and enforce Austrian-Hungarian laws.  Naturally, Franz Joseph sought to make this arrangement permanent, and immediately began reinforcing the area, raising additional troops, and building fortifications facing hostile lands in case of impending attacks.

Sarajevo was considered the jewel of B&H, and as such, has a series of forts built to defend it. Pasino Brdo, or Werk IV, was set up in 1888/1889 overlooking the junction of two critical passes east of Sarajevo, which would lead an enemy army into the heart of the city. Serbia was the immediate threat, but other enemies also lurked to the East. Serbia demanded B&H, but the Congress of Berlin was afraid an enlarged Serbia would overly strengthen its traditional Slavic ally Russia. 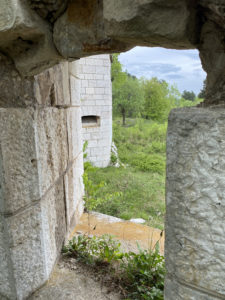 Werk IV was advanced and armed with the latest in modern weapons. At first one, and later two, armored domes protected two M80 15 cm mortars. This staggering siege weapon had a range of 3.5 km. The fort had walled battery platforms which hosted four M75 9 cm field cannons. Smaller, but more accurate, these guns had a range of over 5 km, and could use shrapnel or high explosive shells. The two story fort walls provided excellent protection, and had firing ports which the soldiers inside could use to cut down enemies which survived the mortars and field guns. The fort was self-contained, with barracks which hosted 3 officers and 76 NCOs and soldiers. Rotating observational cupolas gave the troops excellent visibility to detect enemy formations.

And Werk IV was completely for naught. The First and Second Balkan Wars which consumed the remainder of the Ottoman holdings in Europe through 1913 never involved B&H. The fatal shot which felled Archduke Ferdinand on 28 June 1914, and Austria-Hungary with him, was fired in the city of Sarajevo, which Werk IV was built to defend, but there was nothing the soldiers from Werk IV could have done to protect the Archduke. Gavrilo Princip, the assassin, was after all, born in B&H, but an ethnic Serb.  Werk IV was, in a way, created to defend men like Princip in B&H from an invasion from Serbia. However, Princip’s group of assassins, The Black Hand, was funded and organized by the Serbian government and their Russian allies; the same countries who were cheated during the Congress of Berlin in 1878 sent assassins instead of armies. Serbia was able to bypass Werk IV completely to destroy Austria-Hungary inside Sarajevo.

The Great War started with Austria-Hungary’s threats to Serbia in retaliation for the assassination, but that invasion never came. Instead Austria-Hungary finally subordinated itself to the German state which was created out of the 1866 war, and was destroyed when the various nations making up the empire gained their independence.

In a way Werk IV was a symbol of the empire itself – established hastily, oriented toward an enemy that never attacked, powerful by itself, but ill-suited to protect its most valuable charges. Werk IV, like the Austria-Hungary Empire itself, was looted in 1918. It was further abused in the 1992 – 1995 Bosnian War, the rumblings which had been noticed before the construction of the fort. Werk IV stands as a terrible reminder to the folly of men who fell for the tricks of the history books they had themselves written.