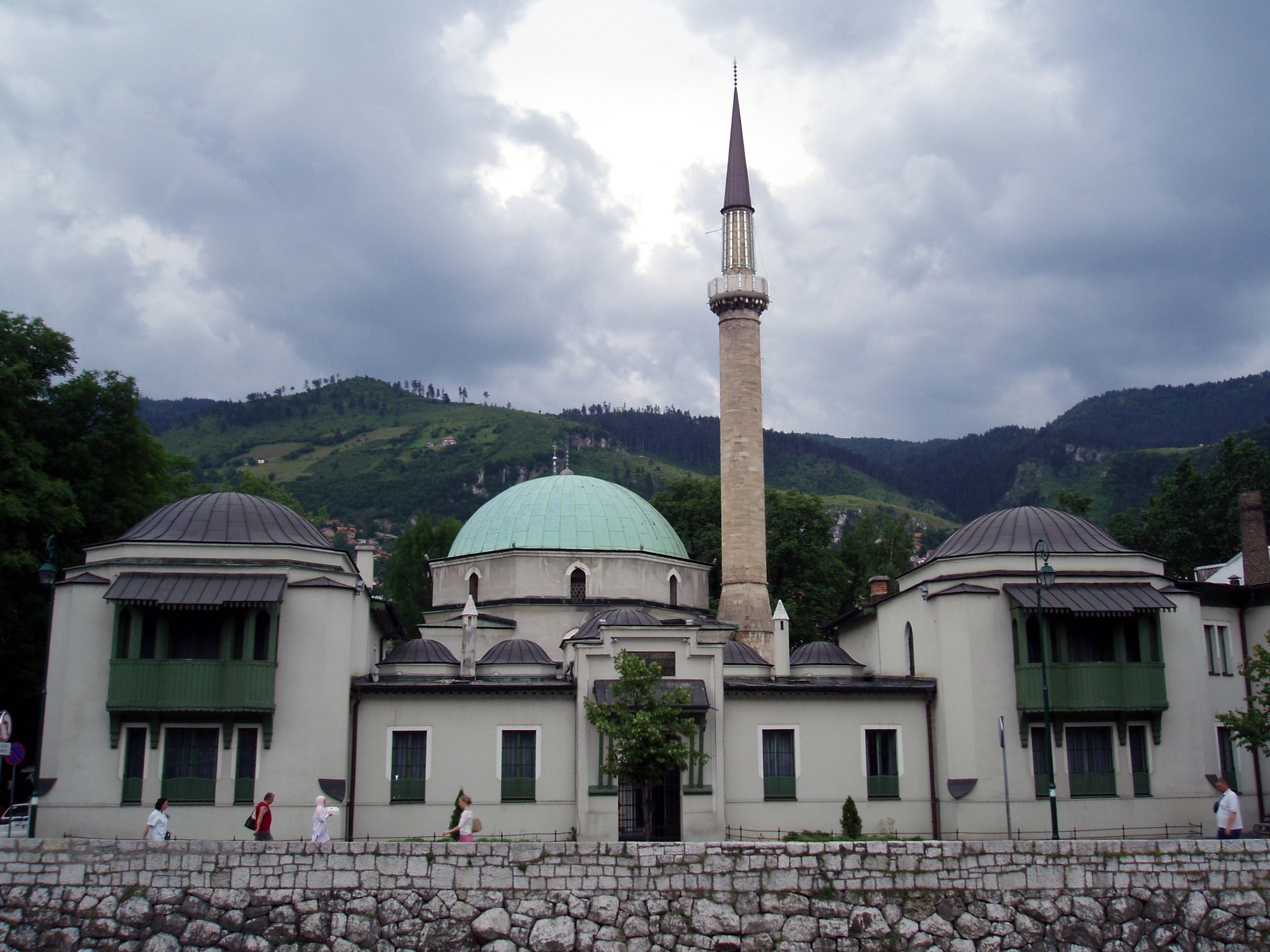 “God I fear slightly, the Sultan not at all, and the Grand Vizier no more than my own horse.”

A man who would say those words to the Ottoman Empire is not a man to be taken lightly, and Husein Gradaščević managed to prove that he deserved to say them before he died at the young age of 34.

Born in 1802, at a time of great upheaval and challenge within the Ottoman Empire, Gradaščević was a younger son.  Although his family was rich and had an inherited captaincy, he was far from likely to inherit it. His parents’ family made sure to give him an excellent education, and by all accounts he was quite smart and quick to learn.

When Gradaščević was 18 his brother was recalled from their town of Gradačević to Sarajevo, where he was poisoned for disobeying the orders of Dželal-Paša. Even in the turbulent and often-violent Ottoman Empire, this was an unusual event.  Although Gradaščević never publicly discussed it again, it could not have been far from his thoughts.  And it’s very likely it influenced his future decisions.

When Gradaščević’s brother died, he was the only remaining son to take the family captaincy.  He did, and despite his very young age he was an outstanding success.  He rebuilt the local fortress, he built a beautiful mosque, and, foreshadowing his willingness to challenge those in charge, he bypassed the required permissions from the Sultan to allow several minority religious buildings to be built under his influence.

Understandably, this gathered quite a lot of loyalty from his Christian subjects.

Gradaščević was also highly regarded by the Ottoman Empire itself.  He raised troops when asked, and led them very competently.  He even sided with the Ottomans during an early troop revolt in June 1828, rescuing the vizier from Sarajevo and saving him in the process.

The loyalty was expected to go both ways, however.  While the Bosnian nobility were expected to show loyalty and devotion to the Ottoman Empire, the Empire was also expected to reciprocate and continue with the customs that had enriched the Bosnian nobility under Ottoman rule.  Sultan Mahmud II was proceeding with reforms that culminated in the break-up and banning of the Janissaries in 1826.

Primarily recruited from the Balkans and often reaching powerful positions, the dissolution of the Janissaries threatened the success of the Bosnians and grumbling in Balkan areas began to increase.  The final straw came with the end of the Russo-Turkish war, when Serbia received autonomy and six provinces that Bosnia considered fully Bosnian.

The Bosnian nobles had enough, action had to be taken. Despite his youth, Gradaščević was, from very early on, looked to as a leader within the movement.  He was at the forefront when a meeting of Bosnian nobles took place in Tuzla from 20 January to 5 February 1831, and put his name to the document of demands that were to be presented to the Ottomans.

2)  The Nizam military were to cease

3) Bosnia would be given autonomy, in return for payment of an annual tribute.

The meeting concluded by encouraging all Bosnian Muslims to rise up and defend Bosnia, and to hold a further meeting in Travnik.

On the surface, a further meeting seems superfluous, everything could have been handled in Tuzla.  However, Travnik was the seat of Bosnian government used by the Ottomans, and holding a meeting there was a direct challenge to the current rulers.  Gradaščević was well aware of this, and used it to mold reactions to best suit his objectives.

His objectives included driving the Ottomans out of Travnik, which he and his troops were easily able to accomplish.  The Bosnian nobles proclaimed Gradaščević “Commander of Bosnia,  Chosen by Will of the People,” and on 31May a call was issued for Bosnians to join him in his army.

The Bosnians answered the call and flocked to Gradaščević’s army.  And it was not just Muslims who joined him to fight, at least 1/3 of his army was made of Christians.  The memories of his treatment to the religious minorities of his captaincy still resonated, and he had earned their loyalty as well as the loyalty of his Muslim brothers.

On 18 July 1831, the Ottoman army met Gradaščević’s rebels near Štimlje.  The two armies were of a roughly equal size, but the Ottomans had much better equipment.  It was, perhaps, their hubris that led to the total loss by the Grand Vizier’s troops.

And it was the total loss on the side of the Ottomans that led to Gradaščević being proclaimed Vizier of Bosnia in front of the Tsar’s Mosque in Sarajevo in September and the oaths of loyalty that the Bosnian nobles gave on the Koran in September.

The Dragon of Bosnia was at the top of the world. Although no evidence exists as to how he was named Zmaje od Bosne and may have given the nickname to himself, it was to be how Gradaščević would be remembered through three centuries.

By all accounts, Gradaščević was an excellent ruler.  He established his court in Travnik and collected taxes.  He also executed some of his opponents. As the Travnik court was being set up, the Grand Vizier continued to assure The Dragon that the Sultan was going to agree to the Tuzla demands.  The assurances continued until December 1831, when the Grand Vizier attempted attack with a larger army.

Still in his very early thirties, The Dragon again defeated the Ottoman troops, but was unable to press his advantage due to the harshness of the Bosnian winter.

By 1832 the Ottomans had enough, and they dedicated strong resources to defeating Gradaščević.  At the end of May 1832 the two armies met again outside Sarajevo, and in a series of battles that lasted until June, The Dragon was finally pushed back.  To protect his family and the men who had fought with him, he fled for Austrian lands.

The Dragon would never be allowed to return to live in Bosnia.

After a short exile in Austria, he was offered a pardon with very strict conditions, cementing his permanent ban from all Ottoman European possessions.  With a heavy heart, The Dragon set off toward Belgrade in the style of a true Vizier – with a large retinue and his horse covered in gold and silver – where he was greeted by the Muslim community as a hero.

At this point, although he was only 31-years-old, Gradaščević was already showing significant declines in his health.  The decline continued when he traveled on to Constantinople, and he died there in 1834.

Bosnian loyalty to The Dragon never wavered through three centuries, and they developed a saying, “For years after his death, not a single man among our people would be able to hear his name and not shed a tear.”

For a man who accomplished so many things in his short life, and inspired the devotion of so many, his greatest accomplishment was one he never planned – the planting of the seed that would grow into the Bosniak identity.