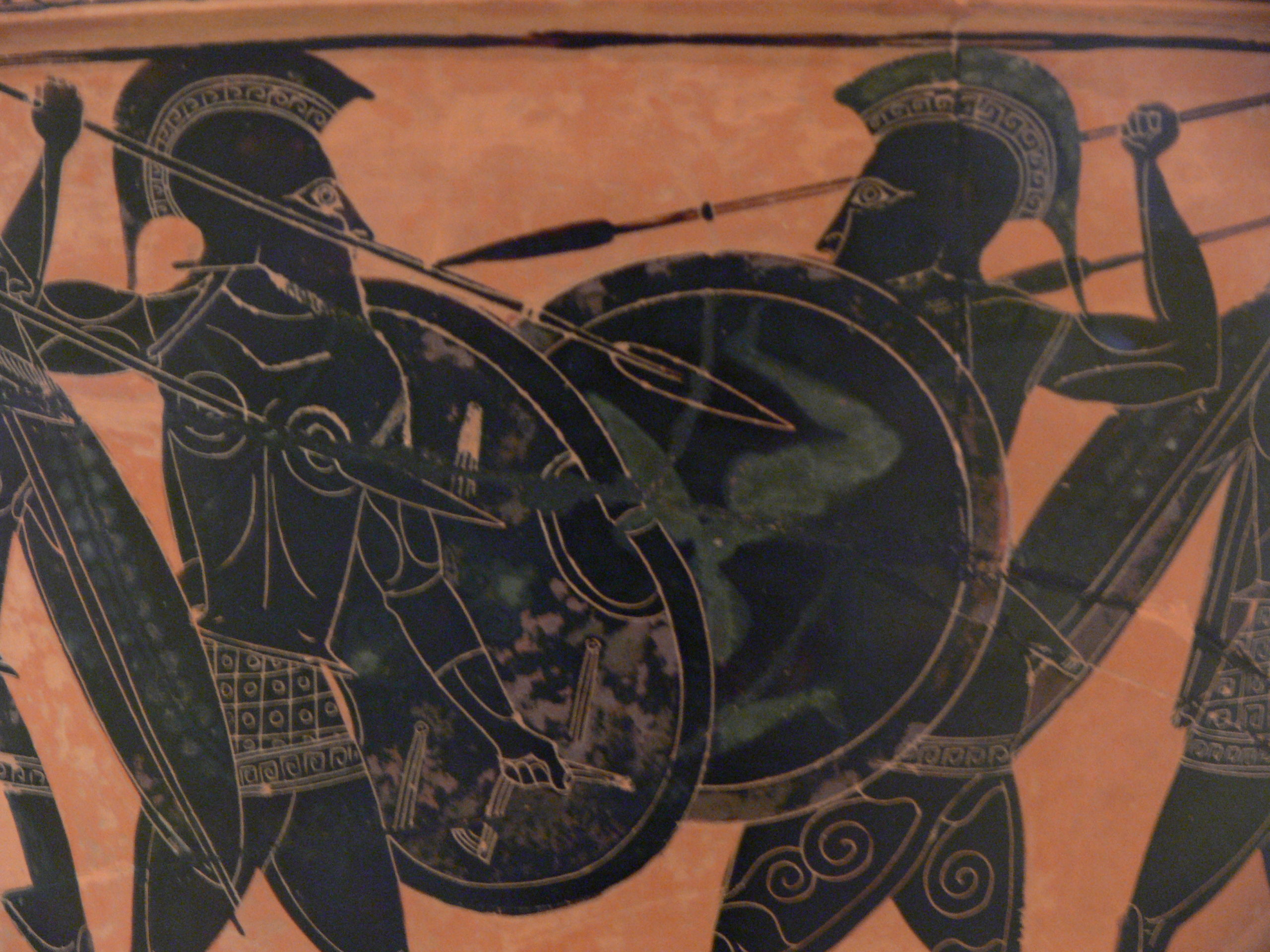 Historical anachronisms can be fascinating, nowhere more than in the Balkans, a region which can itself be seen as a living historical anachronism.  Named by German geographer August Zeune in 1808 after what he considered to be the dominant geographical feature in the area, the Balkan Mountain Range, the highest peak in the Balkans is actually the Mount Musala, which is in the Rila Mountain range.  And the Balkan Mountain range is one of the smallest in the area.

The area was not well defined geopolitically, either.  Before Zeune it was Rumelia.  After Zeune it was briefly redefined as the Greek Peninsula, and in 1869 the Austrian tried to rename it Sudostereuropaische Halbinsel, which is only slightly less cumbersome in English as the Southeasterneuropean Peninsula.  The Balkan League which fought against the Ottoman immediately before the start of WWI consisted of the Eastern Orthodox Kingdoms of Greece, Bulgarian Serbia, and Montenegro.  Somewhere along the way, the Kingdom of Serbs, Croats, and Slovenes was added, quickly multiplied into the Socialist Federal Republic of Yugoslavia, and then subtracted violently in 1992.  Along the way, the term Balkanization obtained a negative connotation, and countries which had previously been clamoring to lead rebellions of Balkan States ceased to want to be in the Balkans at all.

So we come to Greece, the quintessential Balkan State hiding in Southeastern Europe.  The Greeks have a recorded history stretching back millennia.  They are a proud civilization, rightly laying claim to the creation of the Senate, the Olympics, cartography, modern philosophy, and democracy.  Their history gives them a grounding in tradition, but their location meant they were as often the conquered as the conquerors. 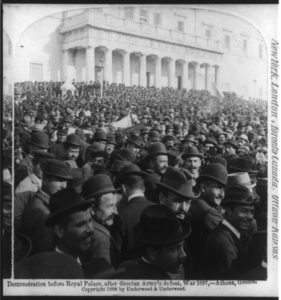 Which brings me to the modern Greek military.  The Evzones are the Greek Army Presidential Guard.  They are a small unit, known for their martial marching displays in Syntagma Square, guarding the Tomb of the Unknown, and raising and lowering the Greek colors on the Acropolis.  But they are also elite troops, called upon to actually defend the Presidential Palace in case of coup, insurrection, or terrorist attack.  They might be known for their location, but they are primarily known for their distinctive uniforms.  Their hats are known as Farions, and have long silk tassels.  Their jackets are called Fermeli, and have very intricate stitching.  Their shirts are Ypodetes, with wide sleeves.  The shoes are Tsarouchia and are the reason the Evzones marches sound like a stampede of elephants.  But the most distinctive items are the silk garters, Epiknemides, and the kilts, called Foustanellas.  And the U.S. M1 Garand rifles.

The uniforms make no sense today.  They are hot, impractical, expensive, and have no camouflage or tactical value.  It makes more sense when one understands they grew out of two major, conflicting martial traditions, a dose of Balkan culture, and some U.S. guns. 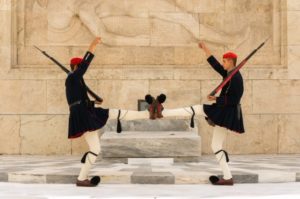 The uniforms of the Evzones came from British funding of Greek Light Infantry units to oppose Napoleon in 1803 – 1815.  The British appreciated distinctive uniforms and were willing to pay for their allies to have them.  Greeks in those same uniforms formed the backbone of the Greek Balkan League Army in 1821, driving the mighty Ottoman empire out of the Balkans, temporarily.  But after yet another political collapse in newly independent Greece, these same men deserted and became bandits in 1831, taking their uniforms with them.

The martial tradition of the Evzones arrived with King Otto of Bavaria, who reorganized the Greek military along Western European lines.  Otto set the foundations of the elite unit, but tried to force them to wear traditional military uniforms.  The men refused, and a disaster would have resulted if Otto had not relented and given them back their old uniforms in 1837.  Since 1868, this has been the dress uniform of the Evzones, and was used in combat up to 1941.

The M1 Garand Rifles are easier to explain.  The U.S. government shipped almost 200,000 M1 Garands to the Greek military from 1945 to 1975.  Greek national units used the M1 with distinction during their civil war against the Communist-backed Democratic Army of Greece, the North Korean and Chinese troops in the Korean War, and against Turkish units in the invasion of Cyprus.  After the abolition of the Monarchy in 1974, the various ceremonial units combined into the modern Evzones, and kept their modern rifles.

The Balkan traditions can be colorful and confusing at the same times. A bit of knowledge of the region’s unique history can clear things up, and lead to greater understanding and appreciation of those traditions.