HomeSerbiaThe War That Wasn’t Quite a War
Let's Start

On 1 March 1906 Austria-Hungary decided they had enough of what they considered Serbia’s perfidy and decided to hit the Balkan country back where it would hurt – by denying Serbian products entry into the Austro-Hungarian market.  This decree hit one economic sector in particular, and it is that sector that gave this crisis its name:  The Pig War.  Long a satellite of the Austro-Hungarian empire, the banning of Serbian pork was meant to bring the upstart nation to its knees. 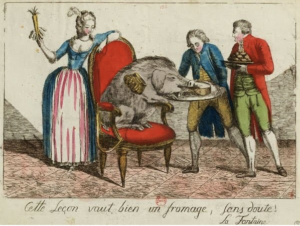 But, first, The Pig War wasn’t actually a war.  It was economic-sanctions-turned-political-mess-that-led-to-war.  Pork was Serbia’s largest export, and one of Serbia’s largest economic sectors. The Pig War wasn’t actually about pork exports – it was about Serbia’s growing threat to the Dual Monarchy of the Austro-Hungarian Empire.  Even that is an oversimplification, because although the public actions leading to the Pig War were taken by Serbia, the truth is far more complicated.  Behind the scenes another of the Great Powers was manipulating the chess pieces of the Balkans: Russia had quite a lot of skin in the Great Game.

The Pig War – which was arguably just Act One of the Bosnian Crisis that would bring Europe to the brink of war in 1909 – actually began decades before it became a public brawl.  Although the Serbian King Milan held a decidedly friendly bent toward Austria-Hungary, when he abdicated in 1889 and his son Alexander Obrenović became king, the entire house of cards began to fall.  Alexander was not known for his brilliance nor his winning personality. As the American attache described him:

King Alexander, or King Sasha as he is nicknamed, is one of the most offensive and displeasing youths that could be found anywhere from the Bosphorus to the Banks of the Tagus.  His manners are coarse and brutal in the extreme, fully in keeping with his beetling brows, low forehead, and almost bestial nose and jaw, while the opinions which he vouchsafes in regards to women in general are characterized by an affection of cynicism and disillusion that is revolting indeed.

Alexander tilted back and forth between the Russian and Austro-Hungarian spheres as he further angered his nation by demanding a wildly unsuitable woman as his Queen.  Fully understanding the possibilities such weakness in a monarch presented, Russian envoys and ambassadors to Balkan nations were briefed into the end goal of creating a confederation of smaller Balkan states who would then be strong enough to stand up against not only the Ottoman Empire, but also Austria-Hungary.  And this confederation of Balkan states would, of course, look to the Russian Empire as their Slavic brethren and protectors.

A secret deal between the Dual Monarchy and Russia was inked in 1897, in which the two agreed roughly to keep the status quo of the Balkans while also allowing for the creation of the state of Albania should the Ottoman Empire give up the ghost and collapse.  The creation of Albania would keep Serbia from gaining access to the Adriatic, an important point toward protecting Austro-Hungarian economic hegemony in the Balkans.  The Habsburgs were in a tremendous bind in regards to the Pan-Slavic movement in Serbia; any move that would create a Slavic federation would directly and negatively affect a large area of the Austro-Hungarian Empire, which was largely populated by Slavs.

But while Russia was making secret deals with Austria-Hungary to keep the Serbian threat to Austria-Hungary’s unity impotent, it was also working with the Slavic nations of Eastern Europe to do exactly the opposite.  From 1899, the Russian ambassador to Belgrade, N. V. Tcharikow, explained that his orders were to urge an alliance between Bulgaria and Serbia in order to fulfill the Pan-Slavic goal.

This policy, and Russian support for the Serbian King, continued until 1902 when the Russian Foreign Minister changed tactics and quietly withdrew Russian support from the teetering Alexander.  It was only a momentary blip, however.  Still playing both sides of the chess board, Russia had an agent in a group of discontented Serbian military officers.  When these officers, who would later call themselves The Black Hand, violently murdered Alexander and his wife Draga in June 1903, the Russians not only knew what was about to happen, but had a new Serbian King waiting and ready to go.

This King, Petar Karađorđević, had strong ties to Russia as well as sons who had been schooled at the Imperial Military Academy in St. Petersburg.  He was strong-willed and had two heirs to follow him on the throne.  Petar was a much better bet than the weak and loathed Alexander.

King Petar I of Serbia lost little time in working toward creating a stronger Serbia than the one left behind by the  Obrenović Dynasty.  For nearly a century Serbia had been a satellite of the Austro-Hungarian Empire, with most of their imports and exports heading across that particular border.  Russia had always been a player in the independent Serbia, but had never managed to push the influence of the Dual Monarchy aside.  Although he was given a Serbia that was internationally isolated in response to the murder of the former royal family, nearly bankrupt, and internally unstable, Petar was determined to align interests locally while also expanding Serbia’s international economic balance.

First, in an effort to reduce imports coming from Austria-Hungary, Petar placed an order for weapons with a French firm.  At nearly the same time, Russia’s maneuvering to get an alliance between Bulgaria and Serbia bore fruit.  The Bulgarian diplomat Kristof Khesapchiev approached Serbia’s King Petar with a tentative offer of an alliance.  Petar’s reaction was as positive as Russia could have ever dreamed:

What happiness that would be!  Serbia and Bulgaria share a common origin, they represent one people with one religion and they must live in a brotherly way; they have the same interests and common enemies.  A union between them would create a power to be reckoned with, inspiring with awe the Great Powers, and we would cease to be the play-toys of their interests.

Petar’s rancor at being under the thumb of larger nations was openly on display, and it suited the Bulgarians just fine.

It is worthy of noting that both Petar Karađorđević and Kristof Khesapchiev were avowed Russophiles who saw Russia as the “great helper of Balkan Slav Christians.” If they did find out about any of Russia’s double-dealing behind the scenes, it did not cause them to change their Pan-Slavic stance.

The result of the Serbia/Bulgaria negotiations produced two treaties, which were signed at the same time; the Treaty of Friendship and the Treaty of Alliance.  The pro-Russian tilt of these treaties was immediately obvious in both large and small matters: both countries agreed to a common telegraph system with Russia, and both countries agreed that any disagreement between them would be addressed under Russia’s arbitration.

One further stipulation in the treaties were agreed upon:  that both countries must agree to any release of information about the treaty, and that only two copies would exist – one in the possession of each country’s requisite monarch.

The economic portions of the treaty were directly in contravention of Article VII of the Treaty of Berlin, as Bulgaria was not allowed to enter into any such treaties without the blessing of the Great Powers.  As for Serbia, Petar knew very well that Austria-Hungary would not react well to the challenge to their economic monopoly in the Balkans.  It was in the interest of both nations to keep the details quiet.

A customs union could not be kept quiet for long, however.  When that became public in 1905, the Dual Monarchy was incensed.  And that spark is how the Pig War of 1906 – 1908 was triggered.

Serbia was looking to diversify their economic partners anyway, and Austria-Hungary’s ban on their pork became an opportunity rather than a punishment.  New markets were found, including Germany, which was quite happy to accept shipments of low-cost pork even as the leaders of Germany commiserated with the Dual Monarchy over Serbian faithlessness. Serbian pork exports shot up rather than stagnating.

But Austria-Hungary’s actions had yet another consequence:  Serbia began to chafe at their landlocked position butting up against the Dual Monarchy’s frontiers, a placement that kept the Serbia always at the mercy of the Habsburg Empire.  The Pan-Slavic movement was in full swing, and Serbian eyes turned toward the Austro-Hungarian occupied Bosnia and Herzegovina as a way to alleviate the problem of what was effectively an Austro-Hungarian bottleneck, and Habsburg control, of Serb trade.  In Bosnia and Herzegovina there were both Slavs and access to the Adriatic – Serb opinion began to eye the inclusion of the small nation into a Greater Serbia in an effort to address multiple issues at once.

The Pig War, which had started as a way for the Dual Monarchy to wrest back economic control of the Balkans, morphed into something far more serious; a direct threat to the very existence of the Austro-Hungarian Empire.  The spark of this threat would nearly cause an inferno with the Bosnian Crisis of 1908-1909 and it set the stage for the world war to come in 1914.